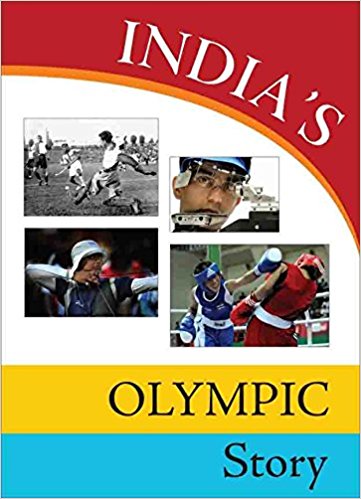 An outcome of a three-way collaboration between British Council, Abhinav Bindra Foundation and Tulika Publishers, India’s Olympic Story is a slim book targeted at teenagers but can also be useful to anybody interested in a quick read about the Olympic Games and India’s achieve-ments at this greatest sporting extravaganza.

Divided into two sections, the first part of the book gives us historical details about Olympics. It delineates the mythology behind the beginning of the ancient Olympic Games which dates back to 776 BCE. The saga of the modern Olympics started in 1896 when it was first organized in Athens, Greece. The first section also has information about Indian association with the Olympic movement. In 1900, Norman Pritchard, an Indian of British descent, who had entered the Paris Olympic Games casually, became the first Indian to win a medal. Later, in 1927, the Indian Olympic Association was formed and the very next year a contingent of 22 players was formally sent to participate in the Amsterdam Olympics.

The team returned with a gold in hockey. After that the country has participated every year in Summer Olympics. In Winter Olympics, Indian participation has been occasional. The most delightful inclusion in this section is the information about the Paralympic, the special version of the Olympics that is organized for the physically challenged people. There is also a chapter on traditional Indian games and rural Olympics.