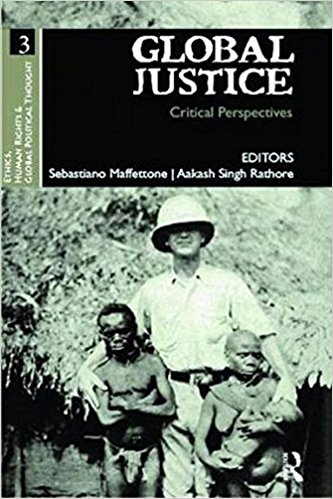 Global Justice: Critical Perspectives contains eight articles—four of them published previously and reproduced here and four of them written specifically for this volume. Peter Singer and John Rawls’s contribution to the global justice debate roughly around 1970s and onwards remains an overlapping theme through the book. Singer’s article has been included in the book, but in the absence of any contribution of Rawls, the introduction tries to give a critical introduction to his work and subsequently locates other articles vis-à-vis Singer and Rawls’s position on global justice. What emerges in the process is two sections—one, introduction to the debate as in the West and in the other section the debate is opened up to include voices from other parts of the world. Once through with the book, the reader might just be reminded of the famous quote of Rudyard Kipling’s ‘East is East, West is West, and never the twain shall meet’, however, with the exception that this book is definitely an inspirational attempt to show they can meet on the question of justice. This is where also lies the strength of this edited volume, despite being a collection of articles it presents itself with a unique coherency.