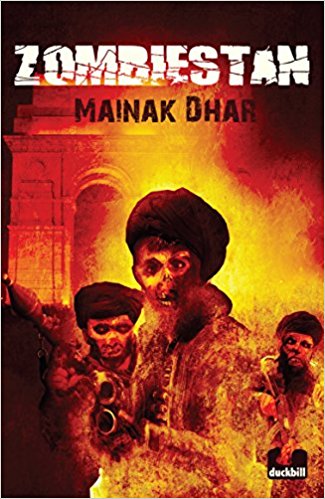 Far from the pastoral idyll, this is a New Delhi in ruins where there is a never-ending war between the living and the undead. There are independent settler-stragglers, mercenary militia groups such as Zeus and mutant Biters who Alice believed ‘…were mindless creatures possessed of no intelligence other than an overpowering hunger to bite the living…’ such as herself.

Reading Zombiestan is like watching a slick Hollywood action thriller that has all the right elements going for it—the ever popular war against terror, a bit of romance, some coming of age, lots of guns, and heroic sacrifice. But despite this predictability, Zombiestan is still edge-of-the-seat stuff. The writing is fast paced, the humour is wry, the one-liners are stylish, and the characters are people you end up rooting for, even if you feel the politics is on shaky ground.