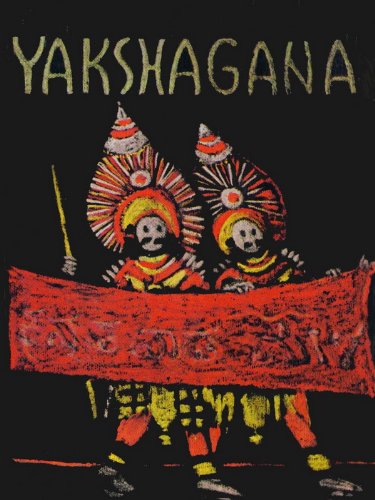 It was in the thirties that Dr. V. Raghavan had drawn attention to a form of theatre called Yaksagana. Much interest was aroused by his articles. In the early forties there was a lively dis­cussion amongst scholars about the origin of this fascinating form and its connec­tions with Kathakali. Interest in the form waned in the decades following, until Shivaram Karanth, the eminent Kannada writer, again aroused curiosity and speculation through both his writing and his practi­cal work with a traditional group in Udipi. In the sixties and early seventies, many others including stage directors like B.V. Karanth and film director/writer, Girish Karnad, were attracted to it. The National School of Drama invited Shivaram Karanth to direct a play in this style with a cast drawn from the staff and students of the school.