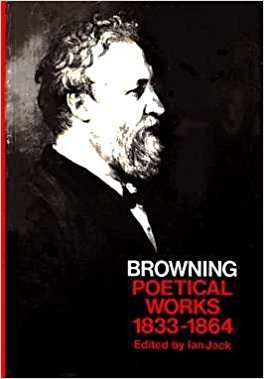 It has long been acknowledged that Browning is one of the poets best served by severe selection. The task of the editor who wishes to present the best of Browning is made easier by the fact that Browning’s work falls naturally into three periods, of which the middle one might be said to contain almost all his best work. Since Ian Jack’s aim is to stimulate fresh interest in Browning, a selection which left out the early work and included the later ‘Ring and the Book’, would have served that poet better. In other words, Poetical Works: 1833-1864 might have read Poetical Works: 1841-1869.