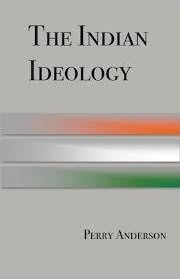 The celebrated New Left historian and political essayist Perry Anderson’s latest book The Indian Ideology appears at a time when several mainstream publishers with their assorted wares are proclaiming India’s arrival on the stage of world history. Many of these are truncated histories of the so called arrival which, interestingly, do not go back beyond the 1990s. The self-defined limits are convenient as they sustain faith in the Indian ‘miracle’. Anderson, however, digs farther back, beginning with the country’s anti-colonial struggle under Gandhi’s leadership. His objective is to force into light the historical unconscious of the Indian polity. In the process, he offers quite a few rational, historical explanations of several ‘miracles’, including those of India’s unity as a country and its stability as a democracy. Anderson’s narrative is gripping, suitably spiced here and there, and supported by adequate notes and references that any serious work of history needs. He hammers away delicately but firmly at the gods of modern Indian historiography to undermine the ‘pieties’ (p. 5) that have kept truth a prisoner of darkness for too long now.