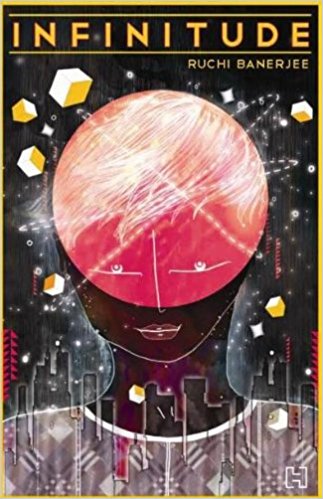 Writing about the future can be fraught. It is deceptively simple to conjure up futuristic fantasies, simply linear progressions of events today. But there is a very real danger of over-reaching—of creating scenarios that just become unbelievable. Ruchi Banerjee seems to have reined in her imagination at just the right time in her novel Infinitude. Her world is ours, just 150-odd years in the future. All of the predictable events have played out—humans have gradually depleted all of the Earth’s natural resources and have even devised a real, actionable way to rectify the damage done by their indulgences.

The plan they have, as with many of humanity’s grand schemes, is imbued with a god-like arrogance. Using genetic engineering, humans create trees that produced much more oxygen than before, thus effectively reducing the impact of air pollution. What they haven’t planned on is the adrenaline-like boost this increased oxygen gives to the evolutionary processes on the planet. Animals quickly adapt to the new environment, with mere hunters becoming predators, their senses heightened to unprecedented levels.