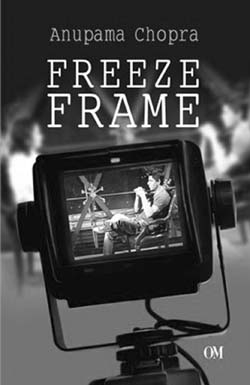 Freeze Frame is mainly a collection of interviews that noted film critic Anupama Chopra had conducted for the show, ‘Picture This’, on NDTV between 2007 and 2011. Apart from this are interviews published in Vogue, and articles by Chopra contributed to Open Magazine in 2010–2011.
What we are reading is of course how the conversations have transitioned from an electronic audio-visual medium to a literary medium, and from a series to a condensed anthology. Editing has taken place at the broadcast level as well as in the making of the book.