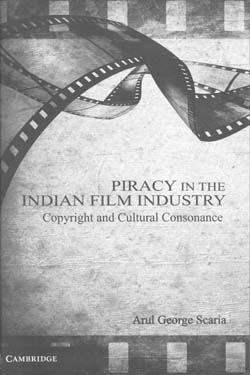 The story of piracy is the story of a discourse that manages to remain hidden from the overarching gaze of the Government. Irrespective of strong or weak enforcement systems prevalent all over the world to stop piracy, this underground discourse has survived and replicated. The traditional scholarship on piracy presents a clear-cut binary. Piracy is argued as the discourse of angst underlining the poverty-ridden conditions of the citizens while copyright or anti-piracy law is often interpreted as a draconian measure to subjugate the low-income strata of the country. Debunking this traditional notion Piracy in the Indian Film Industry: Copyright and Cultural Consonance by Arul George Scaria presents how the welfare of the country is related to anti-piracy laws.