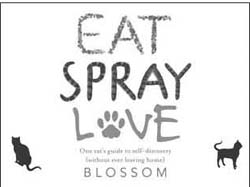 Twelve-year-old Sarojini goes to Ambedkar School in Bengaluru. Her feisty Amma works as a maid and cares about her daughter’s education deeply. Sarojini is fine with the school and its inadequacies till her best friend, Amir, moves away from their area into a better one and starts going to Greenhill, a posh private school. Things are not the same between them any more, Sarojini feels. And so, she decides that she must go to Greenhill too. Or bring back Amir to Ambedkar School.

We learn all this from Sarojini’s letters to Mrs Naidu, her namesake and a famous freedom fighter. The letters begin as a class assignment but Sarojini goes on writing them even after the assignment has come to an end because she sees so many parallels between her battles and the ones that her confidante had to go through. It’s an interesting premise, the juxtaposition of a contemporary struggle with an historic one and Subramanian deftly weaves in fact with fiction without overdoing it or turning the book into one of those dreadful ‘edutainment’ texts. Mrs Naidu remains in the background but the little things we learn about her (which we certainly haven’t learnt from textbooks) bring her alive as a character who is still relevant despite being dead (a fact that Sarojini tiptoes around in the book all through, not wanting to offend Mrs Naidu).
There aren’t too many fiction books that talk about child rights or the law and Dear Mrs Naidu deserves applause for tackling the subject with light hands. The Right to Education Act, which can put children like Sarojini in schools like Greenhill, can be a powerful tool if implemented but it sadly remains under-utilized. However, while I appreciate the simplicity with which the RTE has been explained, I wish the same treatment had not been extended to the characters in the book. The rich are unvaryingly portrayed as mean, insensitive and uncaring people. The only rich person who doesn’t appear this way is Vimala Madam (for whom Sarojini’s Amma works) but then, she’s a Human Rights lawyer. The poor are spirited and supportive of each other—they might gossip about Hindu-Muslim couples eloping but they are essentially good people we are supposed to like. Deepti, Sarojini’s friend from a construction site, is cheeky and does not appear to be as vanilla as Amir or Sarojini but this personality seems to be more of a product of her social class (which is lower than Sarojini’s) than anything else. This makes the narrative predictable because you know exactly how someone is going to behave as soon as you figure out how much money they have.
Dear Mrs Naidu is about Sarojini’s struggle to get a good education and the plot sticks to this objective single-mindedly. We don’t hear a word about the typical adolescent problems that you’d expect in a book that has a twelve-year-old protagonist—nothing about crushes, physical changes, body image or the innumerable ways in which the average twelve-year-old is capable of making herself miserable. Her issues are firmly with the outside world. Is this because these are trivial, ‘rich-girl’ problems that Sarojini has no time to deal with? Or is it because she didn’t think Mrs Naidu would be interested in such material? But I wish these ‘trivialities’ and vulnerabilities had been woven into the text because it would have made Sarojini more of a twelve-year-old girl struggling to raise her voice and less of a crusader I like … but wish I could have liked more. Dear Mrs Naidu is a worthy addition to your child’s bookshelf—it’s a book I enjoyed reading despite the quibbles I’ve expressed. I certainly learnt from it without getting the impression that I was stuck in a lecture hall and that is no mean feat for a book that has such a theme. Kudos.
Sowmya Rajendran writes books for people of all ages. She won the Sahitya Akademi’s Bal Sahitya Puraskar this year for her book, Mayil Will Not Be Quiet, which she co-authored with Niveditha Subramaniam.