Varanasi: The Last Stop Before Nirvana 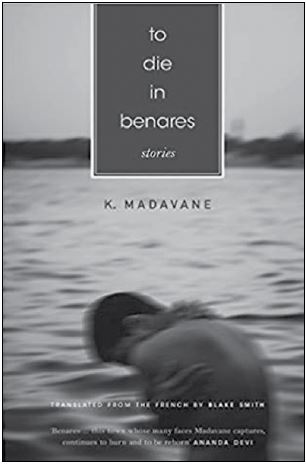 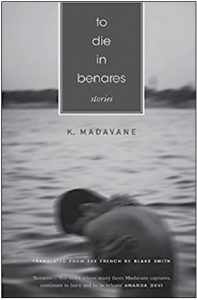 Benares or Kashi or Varanasi is a revered place in Hindu religion. A city located on the banks of the river Ganga in Uttar Pradesh, it is regarded as the holiest of the seven sacred cities (Sapta Puri) in Hinduism. Hindus believe that death in the city brings salvation for the soul, thereby making the city a major pilgrimage centre. Of particular note in the city are its ghats, where various religious ceremonies take place. The Manikarnika Ghat and the Harishchandra Ghat are two among these ghats where Hindus cremate their dead. K Madavane’s short story collection To Die in Benares has the latter—the Harishchandra Ghat as a major character in many of the stories. In the title story, the protagonist wishes to die in Benares and be cremated at the ghat, but is denied this last dying wish by her husband, who ordains that she will be buried according to their custom. In another story, ‘A Holy Crow in Varanasi’, the French woman refuses to enter the same ghat, while in stories like ‘A Night of the New Moon’, or ‘A Nail on a Tamarind Tree’, it plays a critical role in events that transpire. And in the story ‘Your Kingdom for a Lie’, the legend of Harishchandra is related by an old man of the same name, the keeper of the burning ghat, whose life has been nothing but suffering, unlike that of his more illustrious namesake. Originally written in French and translated into English by Blake Smith, the seven stories in the volume offer the reader a gateway through which they can explore facets of this enchanting city, even as death lurks as a shadow, sometimes overpowering, sometimes virtually absent, but a constant presence nonetheless.

The opening story for me personally was one of my favourites in the collection, summarized in the line, ‘Everyone goes to Kashi to die. But I went for the birth of my son.’ Fougerre, a French man, is brought up in Pondicherry, a victim of fate and of racism, and a man who has seen death from as close as he could. Yet, while Kashi is a place to attain moksha for most, for him, it signified liberation of a different kind—the liberation, the joy of becoming a parent! The story highlights how life and death are actually two sides of the same coin, and how a person like Fougerre is almost cursed into leading a life of tragedy and unhappiness. The manner of his son’s death, the picture the boy draws on the blackboard as he waits to be rescued and prepares unknowingly for the end, would be enough to make any sane person mad, most of all one who became a father after many years of pain, suffering and prayers. Just like a paper boat, life is equally fragile and unsure of its destination.

The title story, ‘To Die in Benares’ describes the epiphanic moment when Kamini realizes that she was called to Benares by some superior power just so that she could die there. As she sees thousands of pyres burning on the ghat, Kamini forgets everyone and everything around her. She is caught up in a trance as ‘she watched the enormousness of death that now offered itself before her.’ As she learns that she has a few hours to live, and that her husband is unwilling to accede to her last wishes, Kamini’s sense of dread and fear intensifies as she realizes that she has no control over what will be done to her remains. Death happens everywhere, but in Benares, it takes on a different dimension. As Madavane writes: ‘People did not live off death here. They live with it. Here, death waited its turn before offering itself in a spectacle, a fire lit by Shiva, burning for three thousand years.’

‘A Holy Cow in Benares’ is a sarcastic, macabre tale laced with humour, a complicated story of colonial attitudes, belief, love and loss. And in contrast, the concluding story, ‘A Night of the New Moon’ is a tale about how thin the line is between duty, dedication and obsession, as a son’s duty towards his mother’s remains becomes a study in horrific obsession in the name of dedication. A word about the style—each story follows a unique story telling method—using prose, poetry, dialogue, and other devices. Shifting time frames and varying narrative voices enrich the stories and provide the readers a full sensual experience. At the same time, the stories reflect the writer’s helplessness in the face of fate. Overall, Madavane has written a lyrical and original collection of stories, and the translation has not let that slip. Death, after all, could be lurking right around the corner.

Madhumita Chakraborty discusses literature in English at Zakir Husain Delhi College (Evening), University of Delhi, Delhi. She has been teaching for almost two decades, and has authored books and articles for national and international publications.