Zebunissa, Her Relatives and the Period 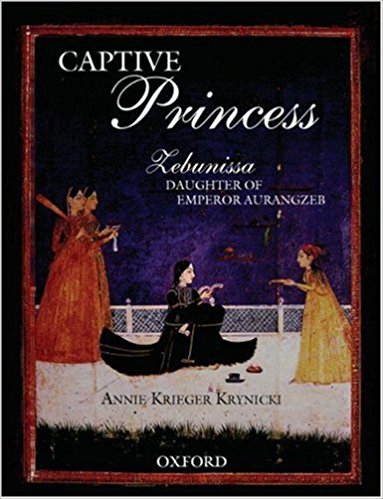 This book written in French by Annie Krieger Krynicki has been translated into English by Enjum Hamid. The book in itself has interesting details on Mughal culture and politics, life in the Mughal court and zenana, personal lives and traits of the Mughal Prince and Princess and the romantic liaisons of Dara Shikoh, Jahanara, Roshnara and above all Aurangzeb. The portrayal of Aurangzeb as sensitive, sensual and romantic is noteworthy, which is in complete contrast to the conventional wisdom on him. The exhaustive descriptions of the imperial military expeditions of Shahjahan and Aurangzeb, the political pragmatism of Jahanara and Roshnara, the Sufi silsilahs, astrology in the Mughal court and Mughal life and many such narratives hold the attention of the reader throughout. But then, one wonders about Zebunissa, the heroine of this book, on whom the book is actually supposed to focus. The details on her as compared to the other Mughals are meagre and rather inadequate to justify the title of the book.