Women And The Roughhouse of Politics 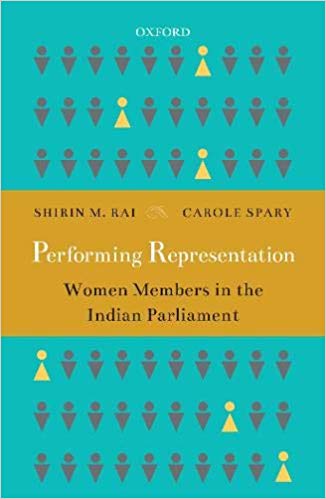 The book under review may appear as an ambitious project. What the authors attempt to address here is the complex puzzle of Indian democracy through their multi-modal enquiries into questions of gender and representation. True to their ambitions, these worthwhile attempts have led to a distinct contribution to the contemporary debates on gender and politics in India and elsewhere.

The role of women in Indian politics has been much celebrated over the past few years. Initially it was about the empowerment of women through reservations guaranteed to them in the local self-government institutions. Then the celebratory discourse moved to the (still pending) women’s reservation bill that had promised similar reservations to women in higher level political offices.  More recently, the potential empowerment of women voters through their increasing turnout in State level elections is applauded in the media. Unfortunately, though these discussions granted a lot of visibility to women and their politics, they did not contribute much towards a politically sensitive gender discourse and/ or a gender sensitive political discourse in the true sense of the term. Rather than symbolic, token celebrations of women’s participation in politics, theorizations in the field of gender and representation require critical engagements with routine participation of women in politics, both as elected representatives and as electors. At the same time, a politically sensitive gender discourse would also need to critically engage with the overall nature of democratic politics and its complexities. In other words, in order to understand women’s politics, we need to understand how women operate when they are exposed to the roughhouse of politics and we also need to develop a deep understanding of the political roughhouse itself.

The book is a rare attempt by Rai and Spary to undertake this twin task where they enquire into the issues of gender and representation in Indian democracy to question and problematize the very notion of democratic representation.  They use two strategies for this exercise. The first is to develop what they call a ‘politics and performance’ framework to evaluate the individual and institutional claims of representation in Indian democracy. Secondly, very appropriately, the authors use a multi-method approach in their research that brings together the insights of quantitative and qualitative research. Both strategies contribute to the uniqueness of the book under review.