‘Woman’ In The Imagination Of Dominant Cultural Nationalisms 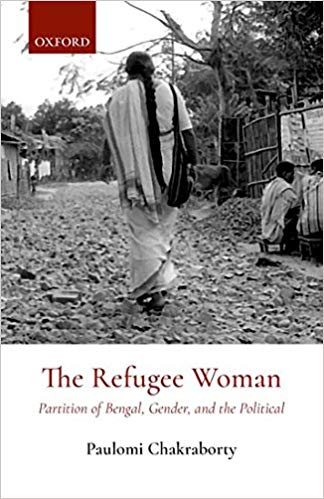 Partition, which was not only amongst the most violent events in the history of the Indian subcontinent claiming more than a million lives, remains the largest instance of forced and coerced migration in global history. Nearly five million Hindus crossed India’s eastern border with East Pakistan into the new State of West Bengal and into the States of Assam and Tripura between 1946 and 1964. About a million and a half Muslims left West Bengal, Bihar, Assam and Tripura for East Pakistan.

As is overwhelmingly remembered, women of all ages became specific targets of violence of Partition. Imaginations of the refugee woman carry this history of trauma in many iterations. In other instances, the citation of gender violence becomes an opportunity to further patriarchal prerogatives. The book under review suggests that the overwhelmingly gendered form of Partition violence can only be explained in its connection with forms of cultural nationalism and a shaping of the gendered discourse of the nation in the subcontinent. In her book, Chakraborty focuses on three major texts of Bengal Partition that offer us the imaginary of the refugee woman. The insightful selection of these texts allows us to see how a different way of imagining woman was being shaped in the decades immediately after Partition. The author successfully demonstrates how the figuration of the refugee woman in these texts intervenes in the dominant discursive formulation of woman as the nation/community/collective. These texts are Jyotirmoyee Devi’s novel, Epar Ganga, Opar Ganga (The River Churning: A Partition Novel, 1967), Ritwik Ghatak’s film, Meghe Dhaka Tara (Cloud-Capped Star, 1960), and Sabitri Roy’s novel, Swaralipi (The Notations, 1952).

Many of the refugees had bhadralok status and enjoyed class and caste privileges. Some of them became economically successful even after migration; however, they could not get rid of the pejorative term Bangal. And a refugee woman was doubly marginalized both as a refugee and as a woman. Nation is the most central and normative collective in the given juncture in history, and it is also central in this book. Gender is integral to a nation’s conception as an ‘imagined community’. As feminist scholarship has well established, all nations and all nationalisms are gendered; the people who imagine the nation and the people who are imagined as the nation are also gendered. Although women are instrumental to the process of nation-founding and nation-making, and particularly vulnerable when such nations and their imaginations are contested, historically they are seldom included in the imagined community as the prototype of the national subject or the citizen, fully or equally with men.