Where Lies The Burden of Moral Action? 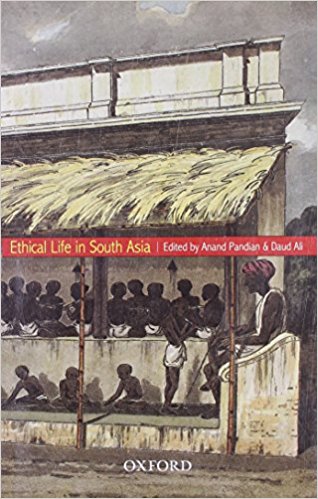 Good books often get their timing wrong. In the current context in India, where morality and ethics are both at a discount, this book is both timely and excellent. It comprises a collection of papers, of somewhat uneven quality, presented at a workshop in 2007 in Vancouver on South Asian ethical practices. It is not likely to become a bestseller. Such books never do. There will not be any TV shows on it and the chatterati will not mumble inanities. Yet, it is likely to go down as one of the better publishing decisions of the year, not least because morality has become a subject of intense discussion and debate in South Asia. The essays look at the topic from very different directions and, at times, the reader may get the impression that there is no underlying unity amongst them. After all, the link between a medieval gym and manliness therein on the one hand and subhasitas on the other is not quite obvious. Ethics and their expression in South Asia have been dealt with from various perspectives and, for those who like such discussions, the book is a veritable feast—whether one agrees with the views or not.

For a long time, indeed from the very time the West met the East, for the former the notion of South Asian ‘ethical practices’ was almost an oxymoron. Whether it was Vasco de Gama expressing his views on the people of the Malabar Coast or, later, Sir Thomas Roe about the Mughal mores or, even later, the Victorian priests of the 19th century, they all agreed that the people of South Asia were depraved in various ways. It was a monochromatic view, to which they were entitled.

The trouble with morality and/or ethical practice of the western kind, Anand Pandiyan and Daud Ali suggest in their Introduction, is that it lies in the eyes of the beholder. The context of actions is important and they ‘examine the moral and ethical traditions of South Asia in their historical diversity, practical vitality, and uneven resonance with the West…’

Pandian and Ali have chosen to start with Kant whose view of moral action was directly opposed to the one espoused by Krishna in the Gita. ‘Ethical practices that did not take the form of volitional choice vis a vis questions of right and wrong, such as ascetic practices, manners, etiquette, and rhetoric, for example, were problematic from this viewpoint.’

What follows is an excellent discussion on the consequences of the adoption of the Kantian norm that placed the burden of moral action within the ‘inner domain’ of humans. Moral action was absolute in every sense, and invariant with context. The topic would have been richer if the authors had also discussed the effect of the Enlightenment on the theories of moral and ethical action in Western Europe of the time. The slow emergence of the individual as the unit of thought, rather than the state (or the Church) had the effect of letting the latter off the hook completely in matters of ethical and moral action.

As long as individual ethics were observed, the state was free to do pretty much as it pleased. They played moral havoc with other societies and it was not until the last quarter of the 19th century, when British liberals started pushing the cart back, that the notion that the state and or the Church were also obliged act morally began to emerge.

From the Introduction, the reader moves on to the most enchanting chapter by Daud Ali on the Subhasitas or su-bhasita (well said). It emerges, at least according to Ali, that the ethical value system in the medieval period was derived from certain desirable virtues (guna) such as nyaya (policy), vinaya (humility), daksinya (politeness), shourya (valour), satya (truthfuless), audaarya (magnanimity) and so on. These were mainly courtly virtues but in due course got transmitted to the population at large. It would seem from this that ethics were based more on behaviour rather than the observance of a moral code, howsoever determined. Possibly it was this that dismayed the Europeans so much. Their own lack of the gunas (virtues) held dear by South Asians seems not to have prevented them from arriving at harsh moral judgements.

While these two chapters follow a unified discourse, the rest of the 11 chapters, as mentioned above, are heterogenous in content, style, and treatment. The topics range from the ethics of textuality (Bernard Bate) to Young Manliness by Emma Flatt which deals with the ethical culture in gyms in medieval Deccan. There is an essay on Gandhi by Ajay Skaria as well as moral creativity in Theravada Buddhist ethics. In other words, there is something, not for everyone, certainly for a lot of people.

This reviewer found the chapter called ‘Empire, Ethics and the Calling of History’ by Dipesh Chakrabarty of particular interest because of the distinction the author makes between truth and objectivity in the writing of history. It is an old debate which will never really be settled. Chakrabarty’s essay would have benefitted if he had also dealt with the notion of completeness which is an integral part of both truth and objectivity.

Of Haunting Memories and Catharsis
September 16, 2017

Vocabulary of the Everyday
September 16, 2017

To a Voyeuristic Glimpse of Karachi
September 16, 2017

Beyond Western Imagery of Pakistan
September 16, 2017