‘Waste Not Your Tears on Him’ 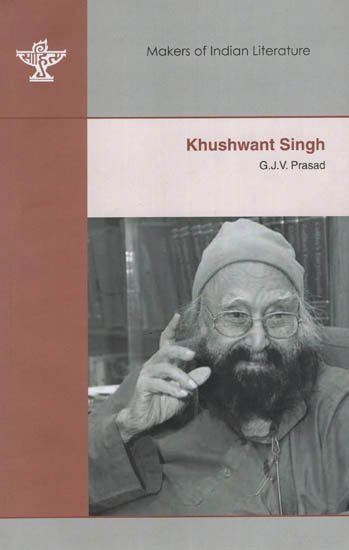 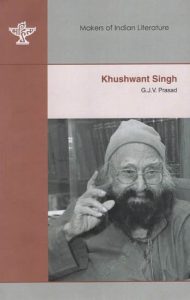 In just seventy pages, the author Prasad has packed a lot of punch in this meticulously researched monograph on Khushwant Singh. The engaging narrative is peppered with laconic one-liners, tongue firmly in cheek. While he notes that Singh was many things to many people—a writer, journalist, translator, a reputed Sikh historian, a columnist with a wicked sense of humour, and a ‘dirty Sardar’ who many loved to hate, Prasad adds that he could also laugh at himself. He wrote his own epitaph that read as: ‘Here lies one who spared neither man nor God, Waste not your tears on him, he was a sod.’

There is much fair play too, when he handsomely talks about Singh’s indisputable talent as a writer, editor and historian in a narrative that shows how Singh’s personal life and his publications coalesce in meaningful ways.

In observing that Train to Pakistan (1956) is one of the best novels in English on Partition for its ‘understanding of place and time, of social geographies, of the frailty of human beings and the tenuousness of order and cohesion,’ Prasad adds that even if Singh had ‘written no other books, his reputation would have been established.’ First published as Mano Majra in 1956, it won the Grove Press Prize for the best manuscript among 250 others, and the novel earned good reviews from the Journal of Negro Education, Phylon and Kirkus Reviews which noted how it gives a ‘devious manipulation of group thought’, a point that can only strike an outsider. The train becomes a menacing metaphor when it carries the corpses of refugees, the same train that once lent a rhythm to the languorous lives of the people who lived peacefully with each other in the hamlet Mano Majra, marking their time with the arrival and departure of railway trains.

I Shall Not Hear the Nightingale (1959), the second novel by Singh about obsequious civil servants during the last period of British Raj has some typical sexual intrigues that readers have come to expect from his pen. One must credit Prasad for critiquing the Sardar’s male gaze and objectification of women. In Delhi: A Novel (1990), the ‘good historian’ takes over from the novelist. The execution of the ninth Guru of the Sikhs—Guru Tegh Bahadur—by Aurangzeb and how the so-called  ‘untouchable’ Jaita Rangreta ‘touched his life miraculously’ is a riveting page that makes one want to read the book once again. Other novels followed, but Truth, Love and a Little Malice: An Autobiography (2002) certainly earned him many readers.