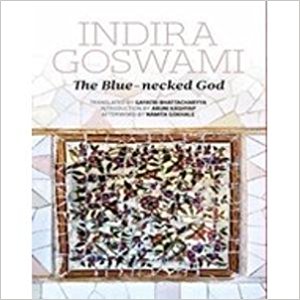 Growing up, I used to treat going to my nani’s house for a sleepover as a great event. I would very seriously pack my night clothes, my tooth brush and my towel, and then toddle off down the road to her house. With equal seriousness she would receive me, and after eating dessert, I would be tucked into bed and told a story. This would usually be something out of mythology, with the mandatory devas, asuras, and rakshasas. One of these was the Puranic story about why Lord Shiva was called the Blue Necked God. The devas and asuras found out that the ocean contained an elixir which could grant immortality. Having realized that neither could access the elixir alone, they decided to set aside their differences and form what was for all purposes the first ever ‘coalition government’. They used Mount Meru as the churning implement, sitting on the back of Lord Vishnu in the Kurma (turtle) avatar, for stability, and Vasuki the serpent king as the rope, for churning the ocean together. The first thing that was brought up by the churning was Halahal, a poison so potent that anyone who inhaled it would die immediately.