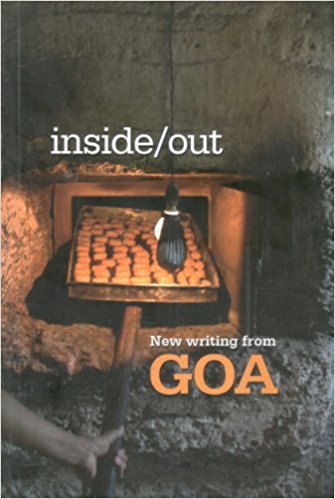 The first printing press in Asia was set up in Goa in 1550 by missionaries,and the pattern that follows is similar to that in other parts of India: manuals of devotion for converts, dictionaries, grammars.  The first Konkani grammar was published in 1563 by Fr Andre Vaz, the first dictionary in Konkani in 1567. Krista Purana (The Christian Purana), a metrical composition in a mix of  Marathi and Konkani by Fr Thomas Stephens came out in 1648. It adopts the form of the Hindu Purana and tells the story of Christ from the beginnings of mankind to the Christian era. It has 11,000 stanzas and, we are told, was sung in churches till the 1930s.  Later there was the literature of the nationalist struggle between 1946-1961 when Goa, to the delight of some, and the dismay of others shrugged off  the colonial rule of the Portugese.

In fact, the tiny state of Goa boasts literature in four languages, Konkani, Marathi, Portugese, English.  There are three Konkani scripts, Devnagari, Roman, and Kannada. (Professor Peter Nazareth who, many years ago in the US edited an issue of a journal dedicated to Goan literature, says Goan literature exists in 13 languages.  I’m not sure what he has in mind as he doesn’t say).  Among the notable publications in Portugese was Jacob e Dulce, first published in 1890 by a writer who used the pseudonym ‘Gip’.  It’s a satire on South Goa high society in Margao.  It was published in English translation in the journal Govapuri which the poet Manohar Shetty edited for two years for the Institute Menezes-Braganca (IMB Panjim). Six to eight issues among these had Goa as their theme: the environment, poetry, the freedom struggle and so on.