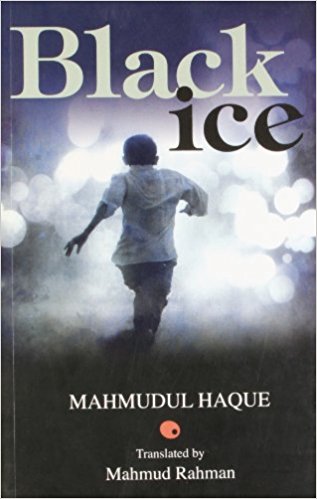 ‘Everything becomes a story one day.’ So begins the PS section of this Bangladeshi contemporary classic. Its writer, Mahmudul Haque, is credited with fashioning a new idiom and a distinctly modern sensibility in the post-1947 writing coming out from what was once East Pakistan and is now Bangladesh. Haque (1941-2008) belonged to the ‘twice-born generation’, those, that is, who experienced the trauma of birthing a new nation not once but twice over. Moving from Barasat on the outskirts of Calcutta to Dhaka as a small boy, he was assailed by not only new sights and sounds, but an altogether new sensibility. Being slapped by a school teacher for failing to wear the Jinnah cap, he struggled to find meaning in an irrevocably changed world. Later, during the siege and fall of Dhaka in March 1971, he witnessed the looting, killing and destruction that preceded the birth of a new nation that was expected to rise, phoenix-like, from the ashes of the old. Each event, each new phase in his life and his country’s, each new milestone spurred him to write. Everything became a story one day.

Black Ice, first published as Kalo Borof in 1977, is quite evidently the work of a child of Partition. It carries the scars of leaving behind people and places once so dear and familiar but now accessible only in dreams. The relent-less nostalgia of its protagonist, Abdul Khaleq, brings to mind another young man, Zakir, who too had to leave his home in India in search of a new one across the border in Intizar Husain’s seminal work, Basti (written in 1979 but set in 1971 when the war clouds loomed large over the subcontinent). But Mahmudul Haque is not Intizar Husain and Black Ice is not Basti. Despite the detachment of the protagonists, the tone of quiet aloofness of the narrator, the dream-like motifs, the ceaseless journeying into the past, the invoking of an innocent childhood free from bias and fear and the sullying of that innocence, Basti and Black Ice are as unlike as apples and oranges. Black Ice has none of the allegorical richness that leavens Intezar Hussains narrative, nor the directness but haunting simplicity of Husain’s elegant prose. Possibly, there is something about Husain’s prose itself that remains intact and unharmed by translation. Not having read Haque in Bangla, I cannot tell, but I am struck by the comparison and the fact that it is an unfavourable one.