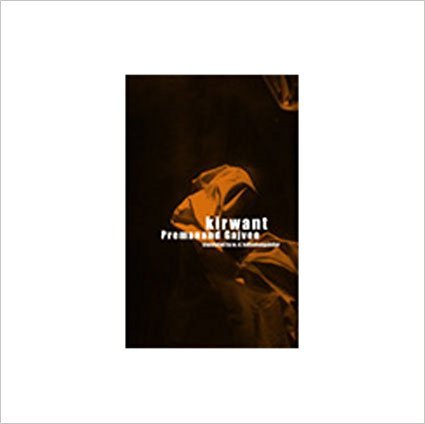 Emergence of the dalit theatre is consid- ered as one of the prime aspects of the post-independence Marathi theatre. Marathi theatre which was centered around the middle-class sensibility till then, witnessed for the first time, the low-born, the underdogs of the society, giving vent to the unprecedented humiliation and persecution that they were subjected to, down the centuries. The leit-motif of dalit theatre was the attack on the caste system, its cunning. It sought to provoke fellow members to assert their identity. In a frenzy of profound hatred for the high-born, dalit theatre, more often than not, turned impulsive; consequently, arbitrary content, episodic structure and derogatory language came to be known as the main features of dalit theatre. However, considering the immediacy of the problem, such inarticulateness was but natural.

Whereas the then leading playwrights of dalit theatre, such as B.S. Shinde, Texas Gaikwad and the likes of them confined themselves only to the rift between the brahmans and the dalits, the then young Premanand Gajvee, to the utter dismay of his contemporaries struck a rather discordant note.

He looked at the centuries old problem of untouchability in a wider perspective. His short play, Ghotbhar Paani (A Sip of Water), for example, depicts how the high-born don’t allow the dalits to fetch water from the wells in villages and thus deprive them of even a sip of water. It is significant that he does not give his characters any names or make a specific caste his target. He continually suggests that in the larger context and in the final analysis untouchability concerns humanity. It’s not without reason that that the line, Maatich Maatila Milu Det Nahi Ghobtbhar Paani (Soil itself doesn’t allow the soil to have a sip of water), occurs repeatedly as the theme-line in the play. It is suggestive of the humanitarianism that forms the core of Gajvee’s writings. This rather radical approach to the sufferings of dalits marks Gajvee as a playwright with a difference. But then Gajvee felt alienated from the literary coterie of both the dalits and the brahmans. Dalits marked him off as the dalit brahman and for the brahmans he was forever a dalit! However, Gajvee was not deterred from his humanitarianism, such snubs notwithstanding.

In his endeavour to point out what man has made of man, Gajvee by chance came to know a factual story wherein a section of brahmans was said to have outcast another brahman for having violated the so-called code of conduct. The story reinforced Gajvee’s conviction that caste hierarchy existed even among the brahmans. By writing a play based on the story, Gajvee was to hit the ball back into the brahmans’ court and make them realize that the stigma of untouchability was attached to their community too!

That’s how Gajvee came to write his much- discussed play Kirwant. The protagonist of the play, Siddheshwar is by profession a Kirwant brahman who performs funeral rites for the dead. He quite innocently performs a public Satyanarayan Mahapuja in the town. The other brahmans, who consider the Kirwant and the low-caste as having the same abominable status, drive away Siddheshwar unceremoniously. He walks away meekly without uttering a single word of protest. He does not speak about the incident to his wife Revati or to his younger brother, Vasudeo. However, Vasudeo, a radical youth comes to know about the insult hurled at his elder brother and seeks an explanation from his brother himself. Siddheshwar puts up the defence that he didn’t have the strength to ask Digambarshastri and his flatterers for an explanation. However, for Vasudeo, it is more a question of one’s conscience than strength. Vasudeo vows to turn the tables on the so-called upper-caste brahmans and eventually forces his brother to refuse to perform the funeral rites at the death of Venkatashastri’s mother. The Shastris resolve to call yet another Kirwant from the neighbouring town and boycott Siddheshwar once and for all. Trapped between the Shastris and Vasudeo, and continually dogged by poor Revati who feels utterly helpless, Siddheshwar surrenders to the brahmans and seeks to do penance. He is asked to kill Vasudeo who in the eyes of the brahmans is the main culprit. Unable to stand the shock, Siddheshwar begins to have hallucinations and eventually dies of a massive attack. Revati, having realized that her son Madhu would have to lead the rest of his life as a Kirwant, hands over to him the book on funeral rites. Vasudeo vows never to marry, so that for him at least, the Kirwant genealogy would not continue.

If the function of the theatre is to broaden and deepen one’s perception of life, Kirwant is sure to make a good theatre. It is true that the play probes into the appalling nature of the caste system; however it does not sound didactic or temporal. Gajvee captures the complexity and the totality of the trauma with great discernment and offers the theatre one more profound tragedy. Kirwant may remind one of Hamlet in that it also centres around one’s conscience; it also vehemently asserts the urgency to act according to one’s conscience. That Gajvee allows undue space to the secondary characters and situations could be said to be the only shortcoming of the play; with minor characters taking centrestage for a pretty long time, the play at times loses tempo and sounds quite dull.

Kirwant was first published and performed in Marathi in 1991. Seagull Books of Kolkata published it in English translation in 2005. One can see that it took almost 15 years for a Marathi playwright to reach the English readership. It would be in the interest of the theatre if the publishers could publish the play when it is actually on. Nonetheless, Seagull Books deserves merit for publishing translations in English of major Indian plays. The original Marathi play is translated into English by Professor M.D. Hatkanangalekar, the revered literary critic and translator. Professor Hatkanangalekar has been closely associated with the parallel Marathi theatre over the last three decades or so. The translation in question, to put it in a nutshell, is absolutely apt and entirely in tune with the overall spirit of the play. Now it is for the English theatre to put the play on the boards!

Madhav Vaze retired as a lecturer in English from Wadia College, Pune. He is an actor, director, theatre teacher and theatre critic. He is presently a visiting teacher at the Centre for Performing Arts, University of Pune and School of Drama, Kala Academy, Goa.