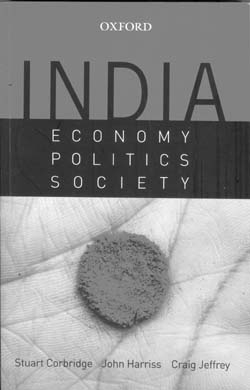 How and why could India remain a possible and successful democratic polity with an impressive economic growth despite the persistence of, inter alia, large-scale poverty, caste and gender inequalities, corruption and ‘weak’ state capacities? In a book already published by Polity Press over a year ago with the title, India Today, three leading Indianists, Stuart Corbridge, John Harriss and Craig Jeffrey have gainfully used insights gleaned from their extensive comparative knowledge and field experiences respectively in East, South and North India, to engage thirteen ‘important’ and ‘interlocking’ questions in the book under discussion.