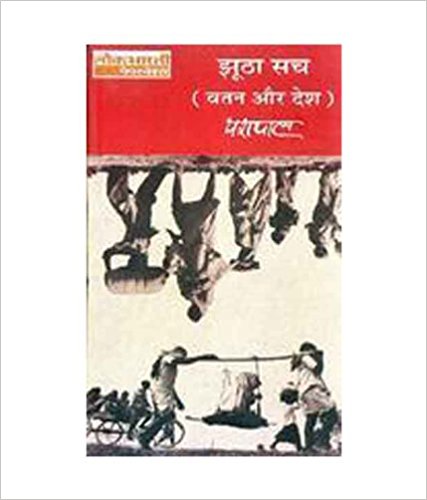 Bhisham Sahni had once said, The only novel about Partition is Yashpals Jhootha Sach; everything else is merely a footnote. Surprisingly, however, it has taken almost fifty years for its English translation to come out. Jhootha Sach was originally published in Hindi in two volumes in 1958 and 1960. Anand, the translator of Yashpals magnum opus, mentions the reasons behind this delay as more to do with the novels politics than with the logistics of translating a book of this size. Overcoming such constraints Anand managed to bring out the translation in mid2010. He has laid the novel open to the English readers and that in itself is quite an achievement, considering the controversial themes and size of the text. It stands as the most vivid and sharp fictional account of not only the partition of India but also the years of damage control that followed. Its addition to the list of partition texts translated into English was much needed as it is one of the most significant novels about the partition of India in any language.

Anands translation is honest, meaningful and creative. As he dissociates himself from a literal translation, he recreates the novelistic space of Jhootha Sach for the English reading public. He has kept the language simple and has avoided convoluted sentences or complicated phraseology. The emphasis in the original is on meaning and communication rather than linguistic creativity or wordplay. The complexity of the text lies in its nuanced presentation of complicated issues and ideologies and the vividness of life itself, and not in the language. Anand maintains this fluidity of language and complexity of meaning in the translation. He also manages to retain the syntax of Hindi without making the English superfluous or tedious.