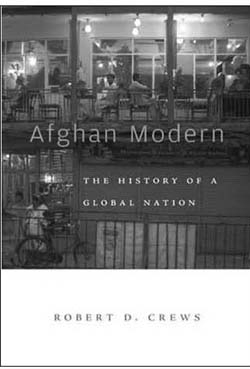 Robert Crews of Stanford University’s Department of History has penned an unusual narrative about Afghanistan, dispelling the negative portrayals of it—as an anachronistic, unchanging, primitive, and ethnically divided ‘graveyard of empires.’ From a rugged, variegated transit territory, it was cobbled into a country two and a half centuries ago. Its sense of nationhood has remained strong (it has not had a secessionist movement in recent memory), even if its state structure has been weak. Contrary to the current western discourse, Crews sees Afghanistan as ‘an expansive space that accommodated varying kinds of networks that crisscrossed the region and the globe, rather than a static collection of tribes and ethnic groups.’