Travails of a Woman Writer 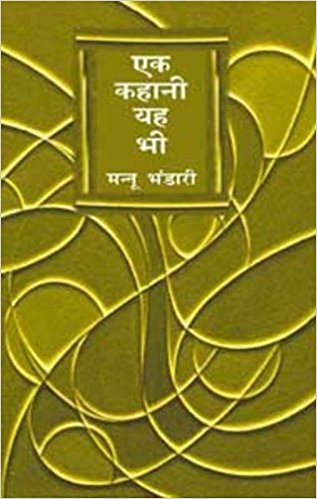 Mannu Bhandari is a wellknown author whose autobiography presents the masculine aspect of womens conscience. This can play an important role in understanding the contradictions of feminist discourse. This discourse is created as an outcome of the crisis of the woman writer, her ambitions, her contradictions in society and the domination of patriacharchy, as well as fear of social insecurity, and all this still in the initial stage where the woman tries to change the patriarchal mentality, ruins and even ends her own life. Although Mannu is economically independent and enjoys a strong recognition in society as an author she still cant sustain any relationship with her male counterparts on her own terms and conditions. She herself faced gender discrimination and got conditioned.

She rebelled against her own father and society and married a creative writer and talented critic with a hope: .Everybody thinks and so did I that same profession, same tastes, same field really would make life easy. I shall get a golden path to write and get published. Its true that living with somebody who is in the same profession brings together many facilities, but brings along a pile of problems as well. I experienced it first hand.