Translation In India: A Curious History 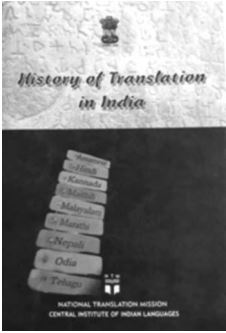 This book seems to have been published with the primary motive of proving me wrong. You see, for the past fifteen years or more, I have been going around the world proudly proclaiming that there was no translation in India before the British came (—as indeed there was no Calcutta or no English). When I made this brave assertion at a conference at Columbia University in 2004, it even inspired a professor of classics from Princeton who was in the audience to write a whole book speculating on what would have happened had there been no translation from Greek into Latin. (See Denis Feeney, Beyond Greek: The Beginning of Latin Literature, Harvard University Press, 2016, p. 18.) Imagine my predicament then at a book of over 400 pages now coming out with its nineteen contributors delineating the history of translation in their respective Indian languages. I had, of course, made some prudent qualifications to my sweeping one-liner. In an article published in 2006,1 I had argued that my claim was based on the fact that the numerous Ramayanas, Mahabharatas, Bhagavatas and other Puranas etc.,