Toward Growth and Advancement 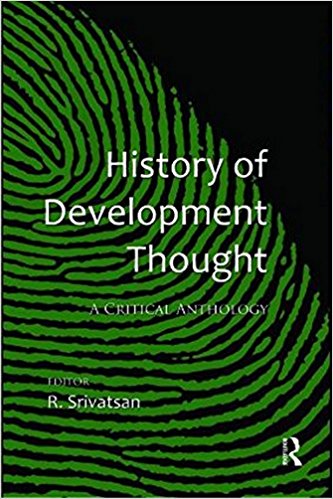 This anthology of writings, covering a period of fifty years of development thinking from 1954 to 2004, examines some of the debates in development theory that emerged after the Second World War. It is the outcome of research conducted as part of the development initiative of Anveshi research Centre for Women’s Studies at Hyderabad, where the editor R. Srivatsan is a Senior Fellow. It targets students and scholars in social sciences and the humanities, as well as activists and development practitioners. Theorists represen-ted include, among others, Amartya Sen, Paul Baran, Andre Gunder-Frank, Ernesto Laclau, Utsa Patnaik, Hamza Alavi, Ester Boserp, Nirmala Banerjee, Immanuel Wallerstein and Ashish Nandy.

The volume highlights the specific debates and historical conjectures that have particular relevance in illuminating the trajectories of development theory and practice in India. It attempts to engage the impasse between development as a mode of top-down governance and as a field of democratic politics. It also places classic international interventions in critical development thinking alongside major contributions to the discourse from the Indian context.