The World On A Stage 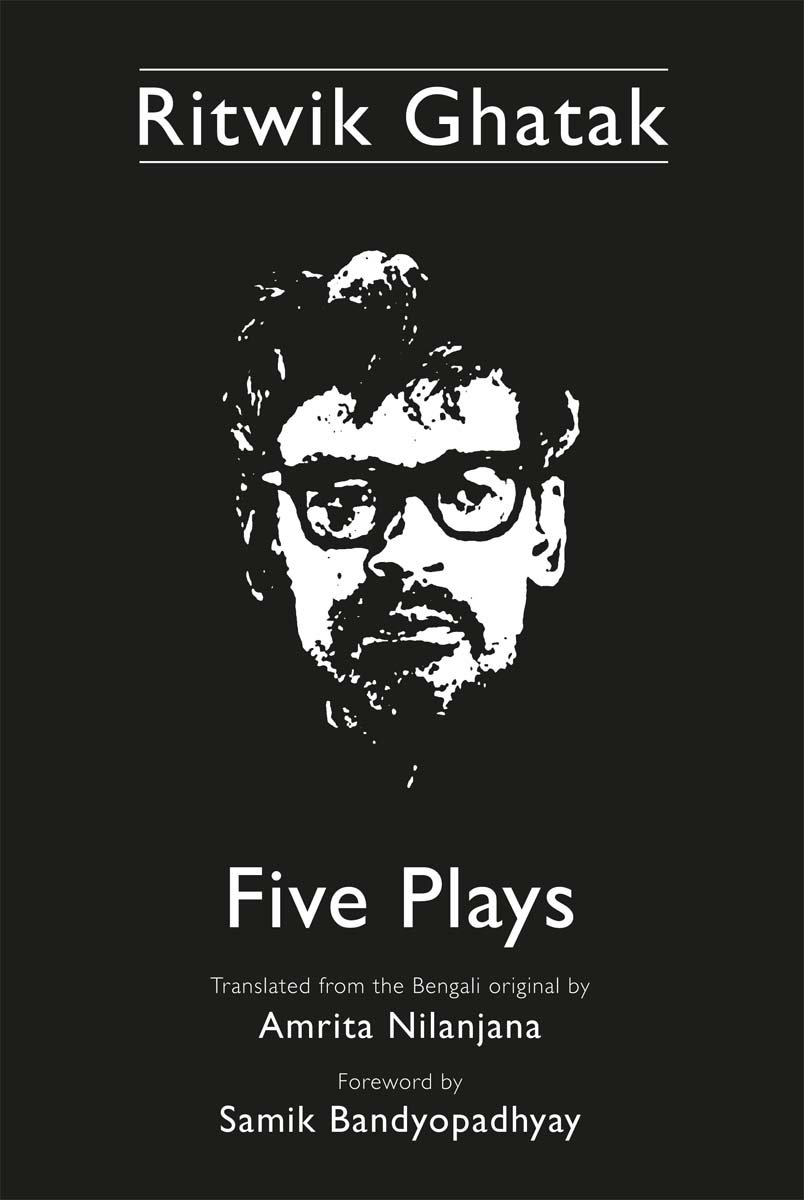 A sequence in Komal Gandhar (1961) is where the camera dollies towards the dead end of a railway track. The tracks end at the banks of the Padma. On the other side of the Padma is Eastern Bengal or East Pakistan. As they stare into the vast expanse of the Padma with itinerant vessels plying along the waters, Anusya shares with Bhrigu that her ‘desh’ is on the other side and that the sight of the other Bengal has saddened her. A few frames later, Bhrigu confesses that his home was on the opposite bank. Returning home from Kolkata, he would get off the train and cross the river on a boat—his mother waiting for him on the other bank. But now that is a foreign land. He laments that the railway track which had at one time acted as a sign of ‘addition’ or ‘connection’, now symbolizes a ‘subtraction’ or ‘disconnect’. This tone of lament, an acute sense of loss through Partition and displacement, is carried through almost all of Ritwik Ghatak’s works–-not only his films, his plays as well. Amrita Nilanjana’s translation of the five plays by Ritwik Ghatak offers the readers a glimpse into Ghatak’s dramatic imagination. Though the volume itself does not make any attempt to contextualize the plays—we can gather from other sources that these plays—Jwala (‘Agony’ 1950), Dalil (‘Charter’,1952), Sanko (‘Communication’, 1955), Jwalanto (‘Ablaze’, n.d.) and Shei Meye (‘That Woman’, n.d.)—were mostly written between 1950 and 1960. That was also Ghatak’s first decade in cinema. A significant decade in Ghatak’s career, one that was to determine the legacy that he was to leave behind as an artist who was supremely talented, excessively sensitive, little understood and appreciated in his times, one who defied and defined the grammar of film-making.

Growing up in Mymensingh, Ghatak was variously trained–-mostly self-trained—in music. He had a few brushes with theatre before he was associated with  Indian People’s Theatre Association (IPTA) in Kolkata. He had shifted to Calcutta along with his family before the horrific influx of starving people to the streets of Calcutta in the aftermath of the famine of 1943. It was at this time that the IPTA produced Nabanna (‘The New Harvest’) in order to mobilize popular support towards famine relief. A watershed production, Nabanna redefined the Bengali stage—its aesthetic criteria, its relation with the audience and its relation to politics. Ghatak performed in the second edition of Nabanna in 1947-48 when it was produced by what was to become the Bohurupee theatre collective. IPTA and Nabanna played a significant role in shaping the aesthetic and political priorities of that generation of artists. The moment of Independence brought with it a condition of ideological confusion for the Communist Party of India (CPI) which became a factor in a ban being imposed on it. Being a cultural organization ideologically affiliated to the CPI, the IPTA suffered. Many of the stalwarts who had flourished under the IPTA banner moved out to practice their art and ideals in the emerging opportunities in a newly independent nation. Ghatak continued within the IPTA.

Of the plays in the current volume—though Dalil (‘Charter’,1952) appears first, chronologically it is preceded by Jwala (‘Agony’,1950). It is difficult to date the last two plays in the collection–-Jwalanta (‘Ablaze’) and Shei Meye. The human catastrophe of the Partition of Bengal is writ large over both Dalil and Sanko (1955). The Partition was the second time within a decade that Calcutta experienced the incidence of mass migration and the destitution thereafter. Dalil mirrors Nabanna substantially in dramatizing that destitution. The play begins with a glimpse of rural life in undivided Bengal along the banks of the Padma–-a scene very similar to the one from Komal Gandhar described earlier. However, this time the vantage of the view is from the eastern bank of the Padma where the life of a Hindu agrarian family is soon to be disrupted. Slowly the news of the imminent Partition trickles in through word of mouth and over the radio. The initial reaction is one of an unreal hope that the line demarcating the two countries would keep the village and its Hindu inhabitants in India. But that mood soon turns into despair. Desperate efforts to grapple with the predicament of Partition are coupled with the future that awaits them in Calcutta. In the play Khetu parallels the character of Pradhan in his disbelief and almost obstinate refusal to recognize the need to sever himself and his family from the land they have been attached to for generations. The dramatization of Khetu’s outburst can be seen in the opening scene of Komal Gandhar which includes the enactment of a few scenes from Dalil. In the next act the setting changes to the Sealdah railway station where the refugees have taken shelter. It is here that the displaced characters realize that the trust that they had reposed in the government of ‘Hindu’ India was misplaced. In Calcutta they encounter bureaucratic chaos and near racial hatred. When they rally together to demand food and shelter, they are met with tear gas and police brutality. The trajectory of forced displacement from ancestral land, migration to Calcutta, destitution and the apathy received from the Calcutta bhadralok and establishment is shared between Nabanna and Dalil. At the climax of destitution the death of Makhan in Nabanna is shadowed by the death of the child Haru in Dalil.