The Prophet and the Statesman 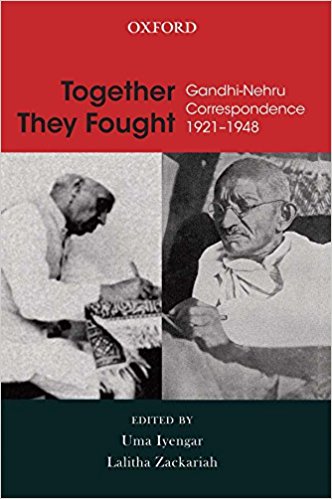 The Indian freedom movement is remarkable for its broad coalition of a variety of political opinion. Emble-matic of this nexus is the extraordinary equation forged between Mahatma Gandhi and a man twenty years younger, Jawaharlal Nehru. Often epigrammatically invoked, the complexity of their relationship is best cap-tured in a recollection penned by Gandhi’s secretary, Mahadev Desai. In 1936, when Desai set out to translate Nehru’s Autobio-graphy into Gujarati he was assailed on two counts. If some were alarmed at the prospect of Gandhi’s confidant helping spread anti-Gandhian propaganda, there were others who were equally worried that Desai would dilute Nehru’s socialist challenge to Gandhi. Desai rightly ignored his critics and thereby pointed to a deeper truth. Vexed as it was, the Gandhi-Nehru relationship was also a deep and abiding human bond that transcended their differences.

The volume under review consists of the available correspondence between Gandhi and Nehru, from 1921 to 1948. The chrono-logically arranged correspondence covers many fundamental issues and historical events that are well known. But the letters also provide an intimate glimpse into the minds of two men at the heart of a most tumultuous period and the personal quests that impelled them into the pages of history.