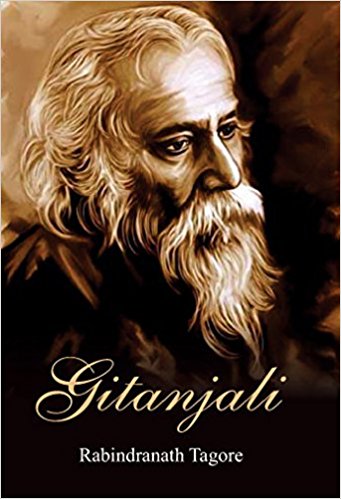 Critics, like Benedeto Croe, have not taken very kindly to translation that has in fact helped bridge language gaps. During the Raj the vernacular text was translated by the colonizers to tighten the noose around the native psyche. However, in the postcolonial era translation has become instrumental in discovering the spring of the Indian soul by enabling the thought perceptions expressed in one stream leap into the others. Here we take a look at three translations from three different streams, Bengali, Oriya, and Punjabi, into Hindi. In his letter to William Rothenstein, dated 20th April 1927, Tagore termed Edward John Thompson’s comments on his works as absurd and remarked, ‘How I wish you had known Bengali’. Tagore’s dream is realized. His Geetanjali, the Song Offering, has been translated into Hindi in verse form straight from Bengali by Prayag Shukla, a poet of very fine taste and sensibility. The Bengali text appears in the Devanagri script in the diglot pattern.Recently UBS has also published the English translation of Tagore’s Geetanjali but the original text in the Bengali script is of little use to the non-Bengali readers.