The Making Of Minorities 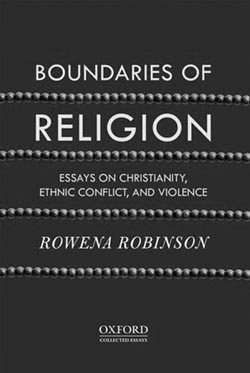 One of the best known authorities in the field of Indian religious studies, Rowena Robinson has written widely on the minority religious communities. Initially, her main preoccupation was with popular Christianity and the theme of formation of Christian identities and how they have been articulated, constructed and reconstructed. Focusing on the making of the minorities and the nature of their contemporary shifts and trends in the Indian contexts, her engagement came to be extended crucially to the Indian Muslims, who are the largest minority in India. Like the Christian minority, the Muslim minority in India is characterized by ‘many heterogeneities and distinctions’, but it had a ‘different and difficult past that had traced for it a problematic developmental path’ (p. 13). Though neither Muslims nor Christians can be perceived as homogeneous and single units, they share a common underlying factor as non-Hindu minority religious communities. Both the communities are located outside Hinduism, and against the background of the growing wrong perceptions of the Hindu Right wing—that Christians and Muslims are anti-national—they are positioned firmly on the same side of the fence, facing similar situations in contemporary India.