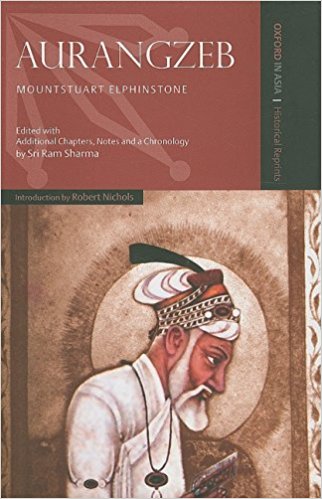 It is also seen as an important moment of subaltern resistance to British imperialism. But, in general, 2007 revealed that 1857 remains firmly rooted in popular memory as India’s First War of Independence thanks, largely, to the abiding influence of nationalist historiography on the historical imagination of the great majority of Indians.

The year 2007 also marked the 200th anniversary of the death of Muhayuddin Mohammad Aurangzeb ‘Alamgir’, the last Great Mughal. The year 1707 is important to the study of Indian history because after Aurangzeb’s death, the Mughal Empire rapidly fell apart and the historiographically problematic 18th century began.

How far were Aurangzeb’s policies responsible for the decline of the Mughal Empire? This question remains important to most historians of early modern India even today. Compared with the reign of Akbar it is difficult to arrive at a consensus in judgement on the reign of Aurangzeb (1658–1707). However, Aurangzeb is always remembered in collective Indian memory as a religious bigot and political tyrant. We owe this portrait of Aurangzeb to the voluminous work of Jadunath Sarkar and his British predecessors. After all it was in the interest of both colonial and nationalist historiography to paint Aurangzeb in dark colours. The former wanted to justify the establishment of British rule, and the latter desired a scapegoat to take the blame for the rise of colonialism, in India. Hence Aurangzeb became the villain of medieval India. The book under review is a reprint of the ‘original’ modern historical account of Aurangzeb’s reign. A lot has been written about the Mughal Empire since the 19th and early 20th century but it is always fruitful to read older texts such as these to examine what they really assert. Since Aurangzeb remains salient to the historical debate on religious communalism in India two hundred years after his death this volume is welcome. It must also be read in the light of what the West has to say of Islam in general. Sometimes admired by Muslims and often hated by Hindus, Aurangzeb remains a controversial figure.