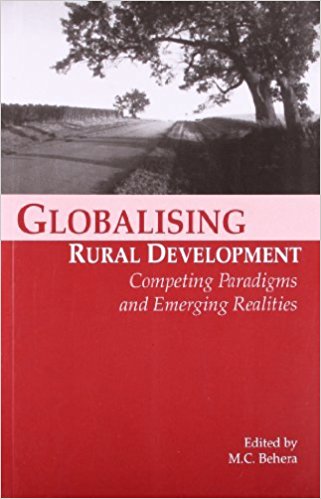 Poised between the extreme confidence over neo-fabianism – that still more of state needed – and the great expectations from neo-liberalism – that more of markets would deliver – the developmentalism of the rural has taken a beating from both the thesis and its anti-thesis, during the last sixty years or so, if not more. The perspectives on developing the rural, overwhelmingly, have drawn upon the lamenting the absence and / or inadequacy of ‘modern’ infrastructure and institutions of governance. On a purely materialistic plane, the pace of urban-industrial growth – and its eventual concomitant social consequences – has always left the ‘lagging’ countryside far behind. In this quintessentially irreversible and inequitable process of ‘progress’, societies – from local to global – have pondered over and experimented with numerous ‘models’ of intervention hoping for the most noble outcomes, for instance, sustainable and participative use of natural resources; collective action for decentralized local governance; ensuring gender and social equity; heightened role for the para-statal agencies; and so on.

The editor of the book under review has done well by bringing together seventeen papers, excluding his two, a detailed introduction and even a conclusion, documenting and reflecting on the aforesaid. Expectedly, south Asian and African (including Sub-Saharan) cases dominate while discussing abject poverty, equity and role of the agency. Issues on endogenous rural development do, however, include a few European case studies.