The Inner and the Outer 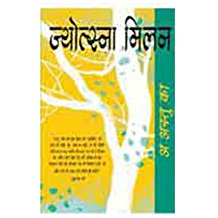 Astudenotes Lot Lakar(Past Tense) Pratham Purush(Third person, not the first person in Sanskrit) singularthat is To be, become. It denotes the sense of possibility also. A possibility which includes an apprehension there along with a sense of uncertainty. Astuis also the name of the heroine of the novel, therefore the term is a feminine-noun. In its essence it bears the imperative of an existence, shaping up of a woman. A Astu Ka (Possibility) is created in a sequence of unique moments of experiences of her being. Astualso refers to Santianother verb associated with a noun. Masculine (Lat) present tense, third person, plural. Present also refers to the real one. To place the present tense in plural seems to be the enviable need of the real. Besides Astuthere are very few names which play the role of a mere reference instead of an event or character in this character and event-free (novel) compilation. What is Santiexactly, who is hethis is not explained. In identifying the inter-relationship between Astuand Santithe visible meaning of the novel becomes obscure.

Early in life Astu starts questioning structures and reframing herself: when (she) enjoyed making Roti, it would have appeared as if the roties were being rolled and fermented in their own and she was just a spectator. And sometimes even if she was reluctant to do anything, she could not conceive of not doing so, How can it be like that If time can say that it is going on a journey for such a long time now I am tired, or a tree can declare that I cant be in the standing position for days together, I may also be allowed to walk down or if a house wishes to be located on top of the hills on a particular dayThis sleep-walk affects her entire life.