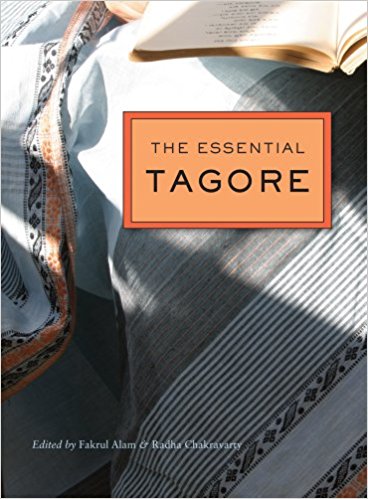 In the year commemorating Rabindranath Tagore’s 150th birth anniversary, the highest gain has been in taking ‘Gurudev’ be-yond Bengal. The attractive and erudite volu-me, The Essential Tagore, edited by eminent scholars, Radha Chakravarty from India and Fakrul Alam from Bangladesh immediately makes the point that Tagore, though rooted in Bengal, belonged to an international arena through his writings and translations, his phi-losophy, opinions and social observations. Pro-fusely illustrated with photographs and sket-ches, and presenting Tagore through trans-lators placed all over the world, this volume is an impressive tribute to the vision of Tagore that could imagine ‘the world, making a home in a single nest’ as the motto of Visva Bharati says, ‘Yatra visvam bhavatyekanidam’.

My focus in this review will be on the ‘cosmopolitan Tagore,’ one who travelled extensively through countries, imbibing their culture, conveying his poetry, music and philosophy, always interested in the dialogue between nations. There was a wide recognition of Tagore beyond the exactness of his Bengali vocabulary, yet an unfortunate impression has persisted among many scholars that knowledge of Bengali is crucial to the appreciation of Tagore and that translation is by and large a poor equivalent.

The Essential Tagore breaks that dichotomy as one moves smoothly between Tagore’s English writings and the superb translations of his Bengali works.