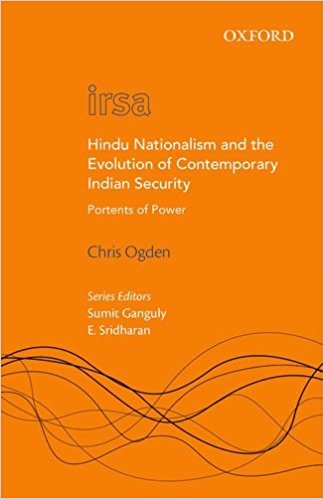 There is little doubt that domestic politi- cal ideologies, ideas and personalities play an important role in the foreign policies of states. We can hardly talk about Indian foreign policy without considering Jawaharlal Nehru’s personality or his ideological predilections, or for that matter that of others including Indira Gandhi or Morarji Desai. But it is also equally clear that somewhat more impersonal, structural forces are also at work. Though there are many continuities in Indian foreign policy since Independence, only a brave scholar would suggest that the end of the Cold War bipolar structure has had no impact on New Delhi’s international behaviour. Nevertheless, the current fashion in international relations theory, especially outside the United States, is to emphasize national, cultural, ideational and other sub-structural factors in understanding why states do what they do. In keeping with the fashion, Chris Ogden argues energetically in his new book that the Hindu nationalist ideology of the Bharatiya Janata Party (BJP) significantly altered Indian ‘security identity’ when the BJP-led National Democratic Alliance (NDA) Government ruled the country (1998-2004).