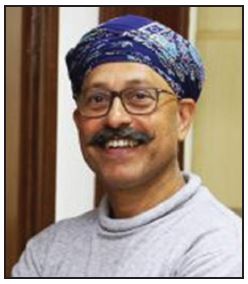 Shakti Singh is a young man in his later half of mid-twenties who lives in a small village of Chohtan block in the district of Barmer in Rajasthan State of India. Barmer, which is arid, a desert, is also one of the largest districts of India besides being highly under developed. People in this district eke out their lives with enormous amount of difficulties.

Six years ago, Shakti joined Digital Empowerment Foundation (DEF) as his first job. He had no idea what he wanted to do and had no clue what his job responsibilities will be. Sometime in early 2014, we were trying to establish hundreds of centres across the country in remote areas and at village level, where almost nothing existed, certainly not any kind of digital infrastructure.

Our objective was to establish public spaces with digital infrastructure and Internet connectivity where people from the villages could walk in to access information, get digital literacy and skills, talk to someone who could help in accessing online forms and get them filled to get entitlements under government welfare schemes for thousands of people who had no clue how to get them.