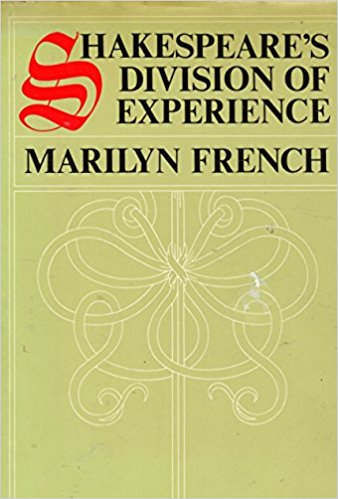 Marilyn French is one of a new breed of critics, per¬haps not yet fully accepted in the conventional circles of literary criticism, because of her very specific (and all-pervading) bias. As a feminist critic of literature, she en-visions part of her function as that of reinterpreting the pil¬lars of Western literature. Shakespeare is of course one of these. Shakespeare created a large stageful of women characters, ranging from fiery Margaret and Lady Macbeth to clever Portia and waif-like Ophelia. The making and un¬making of these women in the male-designed order of Eliza-bethan society is by itself a fascinating subject for study. In addition to his undoubted greatness as a dramatist and thinker of his time, Shakes¬peare has, for feminists, the attraction of a body of work which goes beyond reflecting the boundaries of Elizabethan attitudes. Shakespeare’s work illustrates a change of the dramatist’s attitudes towards the major concerns of his time—political power, legitimacy, hierarchical order—so that the playwright primarily con¬cerned with legitimate monar-chy in the Henry VI tetralogy grows into the brooding, sen¬sitive playwright who explores the basic components of a social order in The Tempest.