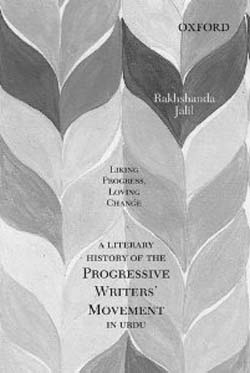 The Progressive Writers’ Movement stands out among the literary trends in Indian literature because it came as a breath of fresh air in a literary scenario that was struggling under the onslaught of western values. The movement galvanized a large number of writers across Indian languages. It was formally launched from Lucknow in 1936 with the blessings of eminent writers. Premchand gave the keynote address in Urdu but the rest of the proceedings were conducted in English in order to be inclusive. The 1930s were the times when the split between Urdu and Hindi was being formalized. The movement was especially powerful in Urdu because many of its supporters were Urdu writers; Hindi writers did not embrace it wholeheartedly even though the Progressives attempted to address the rift between Urdu and Hindi by calling several Urdu-Hindi conferences to debate on the prickly issues, an important one being script.