Setting The Record Straight On Trade 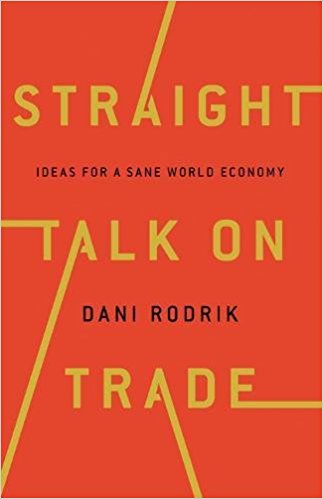 Set against the backdrop of Donald Trump’s presidency and the Brexit vote, Straight Talk on Trade, the latest book by Dani Rodrik, is an attempt to ‘set the record straight’ on trade—about how (mainstream) trade economists should have listened to their critics who warned about trade imbalances and job losses, instead of sticking to economic models that assumed away unemployment and other macroeconomic problems. By exaggerating the benefits of free trade and downplaying its distributional and other costs for fear of empowering the ‘protectionist barbarians’, trade economists fed technocrats and elites’ obsession with hyperglobalization. The same is the case in many other areas related to globalization like financial globalization, the euro zone, economic development strategies, etc. In all of these, he argues, mainstream economists overreached while transferring the context-specific idiosyncratic results of particular economic models into policy advices. He laments that constructing a more honest narrative about the world economy would have prepared ‘us’ for the eventual backlash. Like its predecessors, and especially his 2010 book The Globalization Paradox, the book criss-crosses the terrain between economics, politics and societal dynamics. It brings together the author’s popular, non-technical work on globalization, growth, democracy, politics, as well as economics. Drawn from his syndicated columns for ‘Project Syndicate’ as well as other articles and earlier work, and written in a lucid style, the book would be a good read for the interested non-academic on hyper-globalization’s ills.

Dani Rodrik has long been a critique of trade fundamentalists. In fact, when his first book Has Globalization Gone Too Far? was published in 1997, he was accused by mainstream economists and commentators of being a protectionist. Ever since, he has been repeatedly warning that hyper-globalization would lead to domestic social disintegration if the balance between markets and states is not recalibrated. Hyper-globalization has delivered outcomes which have alienated the electoral base of traditional political parties across countries, an opportunity grabbed by extreme Rightist forces across the developed and developing world.