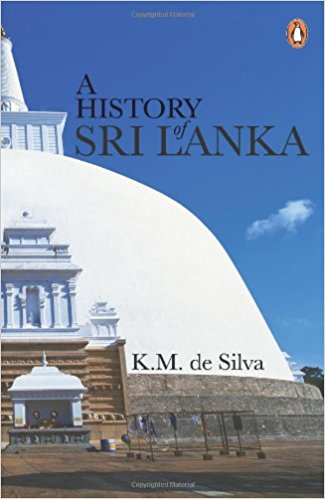 Another reviewer, Profes¬sor A.H. Wilson, has predicted that this work ‘of seasoned scholarship’ by K.M. de Silva, whom he has dubbed ‘the wizard of Peradeniya’, ‘will for many years to come be the last word on the subject’, and hoped that ‘there will be more detailed interpretation of men and affairs from so magisterial a pen’. The term has doubtless not been used in a pejorative sense, but wizardry has no place in a work of seasoned scholarship or in the repertoire of a serious historian. Sancti¬fying myth is another matter. Here the historian is in some difficulty, since one man’s myth may be another man’s truth, and sanctifying myth or truth really begs the question which is which. Professor de Silva had been working for many years on a history of modern Sri Lanka, i.e., a history of Sri Lanka under British rule and after independence, which has eventually expanded into the full-length History of Sri Lanka.