Salute to an Intellectual 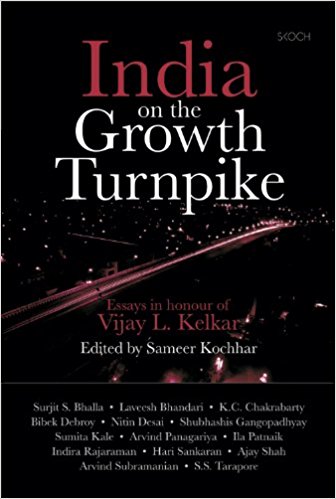 Vijay L. Kelkar, the chairman of thirteenth finance commission, has about thirtythree years of experience in Indias public policy. From his role as an economic adviser at the Ministry of Commerce in the year 1977, to working in the finance ministry as an adviser to the finance minister in 2004, with a short stint in between at the IMF, his major achievements in Indian economy are in the area of fiscal reforms. The reports of the Task Forces on Direct Taxes and Indirect Taxes, and the implementation of FRBM Act in 2003 were his primary contributions in Indias fiscal reforms. This book, a collection of twelve essays draws its title from his famous oration with the same title at the Australian National University in Canberra in the year 2004, when he seemed to be the first one to predict a double digit growth for India in the years to come.

In that respect this book is a genuine tribute to Vijay Kelkar, where all the contributors have either worked very closely with him in the same area or followed his work for several decades.