Saga of a Fading Relic 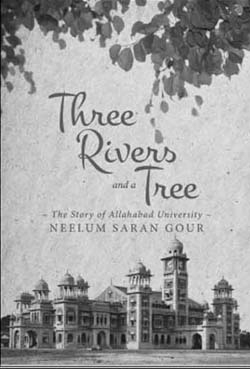 The known academic culture of India also harbours within it another unknown culture made up of provincial universities rooted in the spirit of the area. The Allahabad University, gently fading amid the dust and decay that surrounds the northern plains, is one such phenomena. Neelum Saran Gour calls her saga of the decline and fall of the Allahabad University, ‘a story teller’s history of Allahabad University, not a historian’s’. As a record of a progressive failure of India’s institutes of higher education this well researched, though on occasion somewhat sprawling, history should be interesting even for those, who (unlike the writer and this reviewer) have neither studied nor taught there.
.