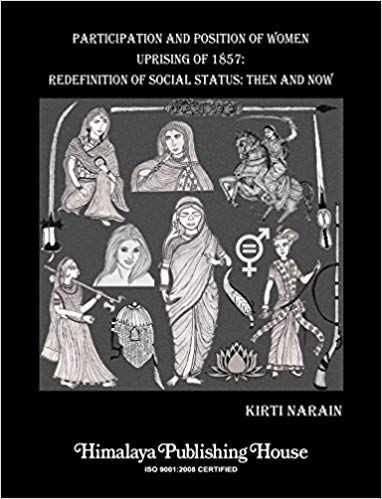 Even though the published literature on the revolt of 1857 is vast, the historiography on the subject remains underdeveloped. The impact of colonial historiography has been so far-reaching and pervasive that till very recently it has been difficult to formulate relevant questions for research on the subject. For instance, since there is an assumption that Panjab remained ‘loyal’ to the British, researchers have not paid much attention to the events in the province. That Panjab had been annexed less than a decade before the outbreak of the revolt after two fiercely fought wars, both of which the East India Company might have lost were it not for betrayal by a section of the military leadership of the Lahore kingdom, is conveniently forgotten. It was due to the hostility of the Panjab soldiery that the province was under military occupation when the uprising began in 1857; and the British were unable to find recruits in Panjab for the Field Force assembled to recapture Delhi so that they had to rely almost exclusively on the Princely States of eastern Panjab for troops.

Similarly, the role of several marginalized sections of society such as women and lower castes has not been considered worth serious scholarly consideration. Patriarchal attitudes too ensured that women remained largely invisible in colonial as well as nationalist writings. Moreover the standard textbook understanding that the revolt was essentially an upper caste affair, especially since the Bengal Army was predominantly upper caste in its social composition, has kept lower castes out of accounts of the revolt.

Kirti Narain’s study of the revolt and its aftermath devotes considerable space to women who were actively involved in the rebellion. We should bear in mind that the 1857 revolt represented the most serious challenge to British rule in the nineteenth century. It encompassed a large part of the Indian subcontinent, and almost all sections of Indian society joined this widespread anti-colonial struggle. It is not surprising that women should have been part of the struggle, though the history of their participation is only now being recovered. Some figures are well known, Lakshmi Bai and Hazrat Mahal, for instance. In her account of the martyrdom of Rani Lakshmi Bai at Gwalior, the author examines the various versions that we have of her death on the battlefield in the midst of fierce fighting. Nationalist literary writings of the early twentieth century celebrated Lakshmi Bai’s valour, heroism and martyrdom. Subhadra Kumari Chauhan’s famous poem with the refrain ‘Khoob Lari Mardani woh to Jhansi wali Rani thi’  (1930), was followed by Vrindavanlal Varma’s bestselling historical novel, Jhansi ki Rani (1946). The novel was based on serious historical research, and incorporated oral traditions. Already towards the end of the nineteenth century DB Parasnis had published a historical biography of Lakshmi Bai in Marathi (1894), the Hindi version of which was one of the sources of inspiration for Varma. In other words, the story of Lakshmi Bai became central to the nationalist re-writing of the history of the revolt.

At the same time there are a large number of ‘lesser known’ women, many of them from marginalized social groups, who either played a leading role in the uprising or, more characteristically in a patriarchal society, were ordinary participants in the struggle. Very often the information we have of these women is so sketchy that it is difficult to go beyond a name and a locality. That too is rare. Kirti Narain has painstakingly put together some of the available information, which can be the basis of further research. Occasionally the margin does manage to ‘speak up’. In a section on courtesans we have the thrilling account of Azizan, a well-to-do courtesan of Kanpur who used her extensive contacts to assist the rebels. After all the cantonment was not a sanitized space, completely separated from the city. The bazaar, the Sadar Bazar in particular, provided opportunities for regular interaction between Indian soldiers and civilians.

During the past three decades or so an alternative narrative of the revolt has focussed on the contribution of lower castes, especially Dalit women (referred to by Charu Gupta as Dalit viranganas). Of these Jhalkari Bai is by far the most renowned. There are now a large number of books, pamphlets, plays, songs and poems about her heroic role in the defence of Jhansi when it was besieged by the British. Jhalkari Bai was an associate of Lakshmi Bai. She mobilized women to fight for the cause of freedom, and is supposed to have encouraged the Rani to continue the struggle even after Jhansi had fallen. The author notes that there is ‘a new assertiveness’ in the depiction of Jhalkari Bai who is ‘not only shown as an equal to the Rani but there was a suggestion that she had overtaken her as far as valour and a readiness to take on the enemy was concerned’ (p. 77).

Uda Devi of the Pasi community is another prominent virangana. Though she hardly gets a mention in mainstream accounts of the epic siege of Lucknow, she is known to have decisively intervened in the confrontation with British forces at Sikandar Bagh in Lucknow by firing at enemy troops from atop a tree. According to Kirti Narain, she single-handedly ‘shot dead 32–36 British soldiers’ (p. 79). The countryside around Lucknow has a large population of Pasis. Badri Narayan, who has worked extensively on lower caste participation in the revolt, and has recorded folklore and local traditions which have preserved the memory of their sacrifices, mentions several Pasi hamlets on the Lucknow highway (for example, Magarwara and Bani) where the British encountered intense resistance in their attempt to recapture the capital of Avadh. This would explain the slow progress of their forces from Kanpur to Lucknow, a distance of less than a hundred kilometres. Dalit intellectuals, thinkers, and activists have underlined that generally whereas élites were engaged in the struggle with the objective of reclaiming the power and privileges they had lost, Dalits were fighting selflessly for liberating the nation from colonial bondage.

The book has some very useful maps which have been specifically prepared for this volume. Besides, there are some rare illustrations. A portrait of the exiled Wajid Ali Shah, drawn several years after the revolt, shows the former ruler of Avadh approaching old age. His manner is dignified, aristocratic and confident. Obviously he had reconciled himself, for the time being, to his fate, which indeed was the fate of all the subjects of the British Indian empire—destined to live in subjugation for several decades once the revolt had been brutally suppressed.

Amar Farooqi is with the Department of History, University of Delhi, Delhi.