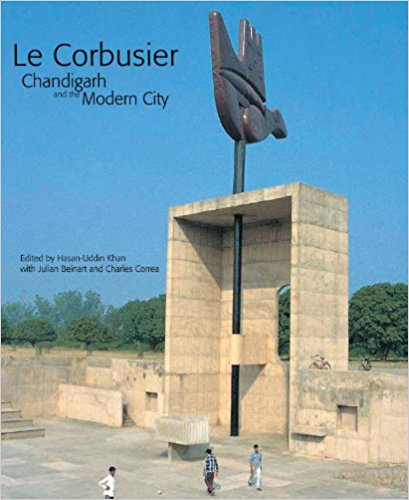 Mapins richly illustrated book does what its editor Hasan-Uddin Khan promises to: produce a broad look at the city by having a range of international specialists examine Chandigarh through different lensesto creatively speculate about the city and the way that its original conception has stood up to the pressures of a contemporary Indian city. Not deterred while acknowledging the several preceding publications on the city, some of which have been written by contributors to this book (Ravi KaliaChandigarh: The Making of an Indian City (1999); Aditya PrakashChandigarh: A Presentation in Free Verse (1978); Reflections on Chandigarh (1983); Vikramaditya PrakashChandigarhs Le Corbusier: The Struggle for Modernity in Postcolonial India (2002) Madhu SarinUrban Planning in the Third World: The Chandigarh Experience (1982))the books sets its focus on a thorough re-reading of the city in its present day state. Another factor that has shaped this book is the 1999 Celebrating Chandigarh conference convened on the occasion of 50 years of the city.

The book adopts a 4-part structure and its luminary writers (professors from MIT, Columbia, CEPT and others) take creative vantage points of observation. People and Ideas that Made the City sheds light on the making of the city; Life in the City Today tells us how Chandigarhs governance system and housing policy evolved and continue to serve today; The Impact on India examines the contribution of Chandigarh and Le Corbusier on Indian architecture and planning, and finally Critiques and Speculations deals broadly with a deeper reading into the citys formal shape, assessing it in context to other models of city planning while also exploring ideas to modulate its adoption.

Kenneth Frampton takes his cue from the editor characteristically analysing the formation of Chandigarhs DNAits plan. He traces its changes from Chandigarhs first planners, Albert Mayer and Matthew Nowickis organicist plan to the more formal proposal of Corbusiers. Polish architect, Tadeusz Barucki, initiates insight into his compatriot and perhaps least celebrated but nevertheless vital contributor to ChandigarhMatthew Nowickis ideas to humanize Mayers plan for Chandigarh and tailor it to suit the Indian scale and conditions with brilliant clarity. Mayer too had acknowledged Matthews invaluable contribution and it was only after Nowickis untimely death that the Indian authorities had to find a replacement for planning Chandigarh in Le Corbusier and his team: Maxwell Fry, Jane Drew and Pierre Jeanneret.