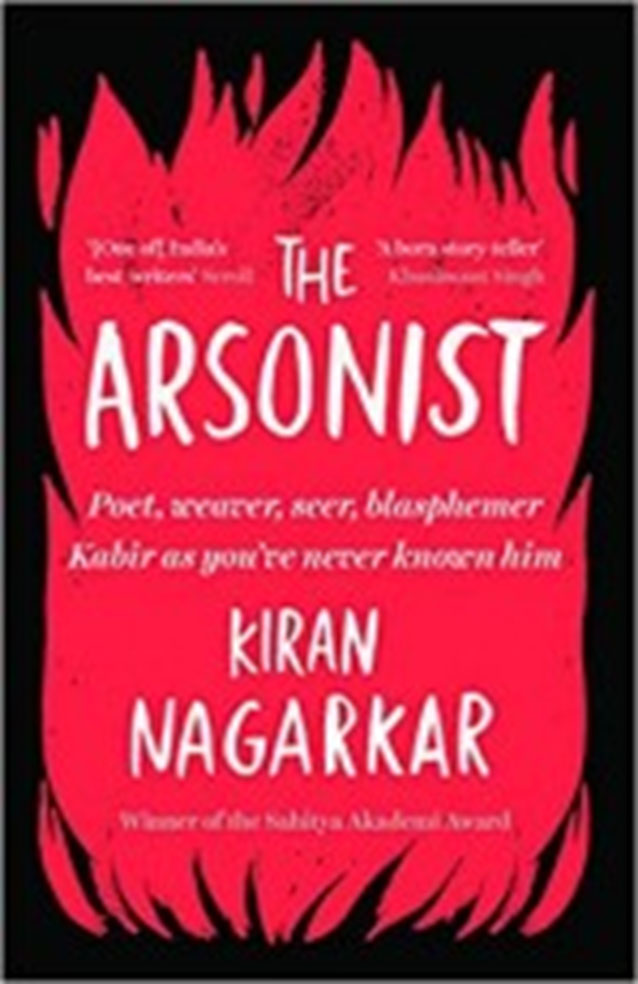 A way from the hypnotic overreach, exaggerated deeds and the over-ritualized texture in the earlier works on the Bhakti poet Kabir, Kiran Nagarkar’s The Arsonist foregrounds the persona of Sant Kabir through a recital of the mundane, ordinary and the normal run of things in his life. Instead of reinforcing Kabir’s piety and grace through anecdotes and hagiographies, the text focuses more on his candidness, ordinariness, and iconoclastic attitude and the commonplace.

Without projecting the childhood of Kabir interspersed with superhuman or miraculous episodes, the text presents him as a ‘pretty smart kid…perhaps mean and nasty.’ The work even abstains from showing his mother as a divine incarnation or a visionary (p. 20). What intrigues the reader further is the portrayal of the weaver as a ‘real ladies’ man’ and a philanderer. Right from an unsettled relationship with his wife, his extramarital affairs, to his expulsion from the house, the narrative creatively unfolds different shades of his life.