Questions of Identity and Nationality 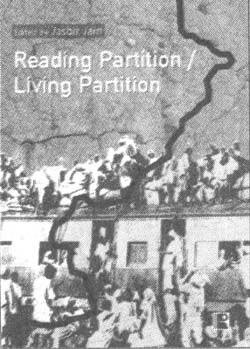 Pichhwa the wrestler—a character from Intizar Husain’s classic An Unwritten Epic—a larger than life, fearless, action hero who has fended off a Jat attack on his UP village Qadirpur, receives the news of Pakistan’s formation with an ‘immense chill’. Upset at Qadirpur being left out of its Islamic brotherhood, Pichhwa with his other simple minded friends and shagirds hoist the Islamic flag on the village peepul tree (after being dissuaded by wiser Muslims against hoisting the League flag) and resolve to make their ‘own separate Pakistan’. Meanwhile the more worldly wise, smarter Muslims in the neighbourhood plan their stealthy departure for Pakistan. This moment in time epitomizes the real ideological tragedy of Pakistan’s formation—the gross dissonance between its so called ‘high’ ideological declarations and its ‘low’ deliverance and reality. While the creamy layer of the political elite lapped up the immediate rewards of Pakistan—a country that brought them back the ruling elite status they so sought cleansed forever of better educated Hindu competition—the Pichhwas of the world on whose backs the movement to create this elite haven had been carried and whose emotions had been scavenged and managed, to raise the hysteria for the demand for Pakistan to mass levels—found themselves dispensable once the deal was done.