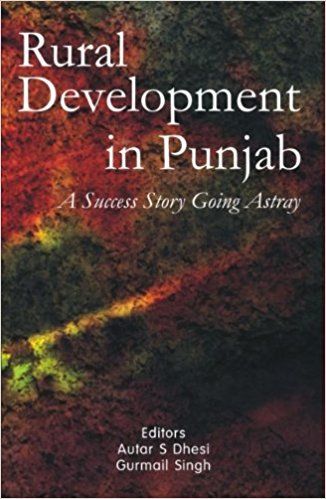 Punjab’s economy experienced phenomenal growth since the 1960s but its agricultural sector is now facing an acute crisis, raising serious questions about future sustainability in development. The crisis in agriculture has manifested itself in the form of declining yield and productivity, shrinking incomes and employment, rising indebtedness and ecological damage. The near reversal of the economic growth process demands an explanation of the inherent weaknesses in the development strategy which has failed to keep Punjab on the track of further growth. The present book brings together articles by eminent scholars who have put forward a number of policy suggestions to help prevent the success story of rural Punjab from going astray. Major issues that pertain to the pros and cons of wheat-paddy monoculture and alternative cropping patterns, water resources, agro-industrialization and human resource development have been brought up in a total of twenty-eight articles, under six themes.

Section I comprises two articles on the theme of rural development. In the first paper Dhesi attempts to provide a framework for analysing key issues in rural development. He mentions two complementary approaches followed to improve living conditions in the rural areas—rural economic development and community development—while stressing the need to address specific issues relating to an impending agrarian transition for a state like Punjab. The development of Punjab’s agrarian economy was phenomenal. However, further development is seriously constrained. What now requires to be done, according to Dhesi, is to adopt a strategy which focuses not only on human and physical capital accumulation but also on technical changes. In this context, Dhesi suggests resource mobilization through public investment and the Punjabi diaspora.

G.S. Kalkat has summed up the crisis in Punjab’s agriculture under six issues, but deals with only three in his paper—water, soil and environment; improving the lot of small farmers through income enhancement; and the issue of underperforming agricultural areas in the state. Elaborating on the crisis, he suggests diversification options and the need for adequate infrastructure, investment and state support. Kalkat has dwelt very briefly on the issue of underperforming agricultural areas. The precision with which he deals with the first two problems is missing here. He also does not specify why he chose to ignore rural education, sanitation and indebtedness completely, although these are also listed by him as problems ‘needing immediate action’.A small omission that has been overlooked is a mention of a table showing MSPs, for wheat and rice (p. 77), but the table itself is missing.