Predicaments of an Indian Moses 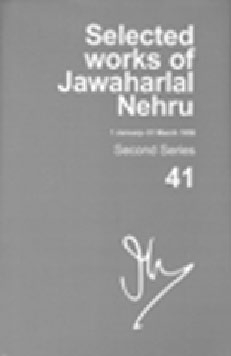 This is an important volume of Nehrus selected works and deals with the initial months of the year 1958. There are two major themes that pervade the entire volume. The first consists of the problems of national unity and Nehrus deep commitment to Indian nationalism. The second consists of the complexities involved in the enormous transformation of Indian society towards stability, security and affluence. All the various subthemes that dot this volume are corollaries of these two big themes.

The late 1950s were clearly difficult times for the Indian Republic. The euphoria of the initial years of the Republic was gone and replaced by a heavy sense of responsibility. The creation of new administrative subunits and their borders had aroused considerable passions. The controversy around the national language was beginning to reach its peak and threatened to create a big political divide between the North and South.

The Kashmir issue was still unresolved and there was a new belligerence in Pakistans attitude fed largely by support from the USA. A bad crop in 1957 created a famine like situation that had to be met by largescale import of food stuff from the USA and USSR. There was also the shortage of foreign exchange created by the import of foodgrains and other capital goods (pp. 19094). All this put a severe strain on Nehrus optimism about Indias future development. How did he cope with it?