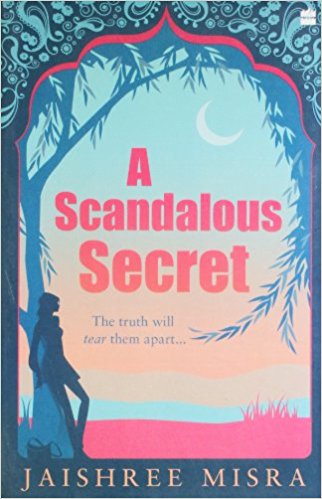 Jaishree Misra’s new book, A Scandalous Secret, her seventh work of fiction and the third in her ‘Secret’ series testifies to the popularity of this genre of Indian fiction. The book is set in the present, and has at its core some universal themes—social pressure, problem of rejection, mother- daughter relationship and urban musings. Neha Chaturvedi, one of the protagonists of the book, lives a life that is straight out of a fairytale. Married to the rich, influential, debonair and doting Sharat Chaturvedi, Neha is a blissfully happy woman and the envy of many in her family and friends. Eighteen years earlier, as a young student, she went to Oxford for a degree but left unceremoniously after a year. Today she has left her past completely behind her and is now totally involved in the new life she and Sharat have created. Sharat, her husband, is ‘her rock’. Riches, glamour, grandeur—she has it all. Yet, she also has an eighteen-year old secret tucked away in the inner recesses of her heart—a ‘scandalous secret’ that she sternly does not permit herself to dwell upon till a letter with a British postage arrives unexpectedly to tear away the fabric of her composure and equanimity forever.

Sonya, the daughter Neha forsook and gave up for adoption as an eighteen-year old student in Oxford, is the second protagonist of the story. Adopted and brought up by the loving Richard and Laura Shaw, Sonya has enjoyed a warm and protected childhood and is the apple of her parents’ eyes. As a child Sonya has ‘wanted for nothing’. Her parents have given her everything within their modest reach—including ballet and horse riding lessons. Though an integral part of this loving English family, questions about her true parentage have been ‘like a missing piece in a jigsaw puzzle’. At eighteen she is a confident young lady, standing poised to take off in her career, having already gained admission to Oxford. But being eighteen also grants her the legal right, under U.K. laws, to trace her roots. Thus Sonya has traced her birth mother, Neha Chaturvedi to Delhi, India and is set to go there