Poetry for the Campfire 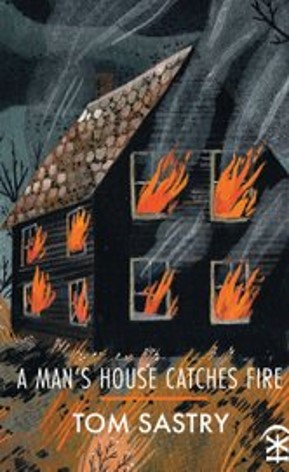 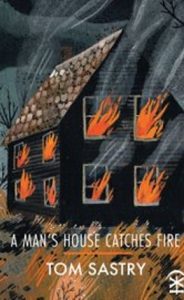 In his poem, ‘Brother Fire’, Louis MacNeice addresses the London ‘Blitz’ of 1940 as a brother. Although an enemy, he views fire ‘expressing even its victims’ (James Reeves). The fire in Tom Sastry’s latest collection is also an oppressor but a force that has forged a relationship with the narrator. This also creates the condition for the Stockholm syndrome. Tom Sastry has received the Poetry Book Society Pamphlet Choice and a Poetry School Book of the Year awards for his pamphlet, Complicity. With his debut collection, A Man’s House Catches Fire, he builds on his success with the narrative form he has cultivated as his style. A mysterious wonder runs through it. This discharges the purpose of serving the reality and the surreal as a merged canvas. In the first poem with the same title of the book, the narrator burns in ‘surges’ of mysterious nature. This blurring of reality and imagination, and the poet crossing into them alternately is something Sastry seems to have mastered. The poem hints at mental health issues.
In the end, encountering a female friend generalizing about all men, the narrator goes into denial and sadly returns to the fire of his own making. The art of such twists echoes in most narratives Sastry evokes. At times, these narratives are surrealistic allusions. He often sounds remarkably neutral and non-judgemental, more an observer with pessimistic sentiments, in the sense of resignation. As in his poem ‘Jeremy Paxman Interviews the Old Woman Who Lives in the Woods’ (p.35):
I asked about the children.
A parrot rose in my throat
And the only thing it knew how to say
Was possibly, maybe, perhaps.